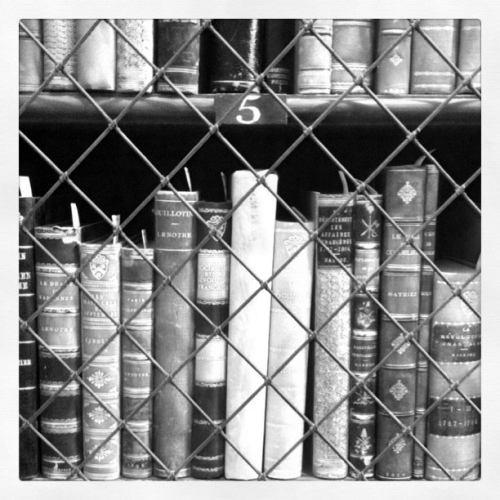 On Tuesday, January 24th about 20 people met at the Red Cube down by Liberty Plaza to march in solidarity with the People’s Library to One Police Plaza to retrieve five children’s books (a few of which were Spanish-English language books) the NYPD took from librarians back in the beginning of December. Many of us thought the trek would probably take a while due to police bureaucracy but none of us for once thought we’d walk away empty handed. After all we had the receipts. And we had one of the “unidentified white male” librarians (me) that were in the park that evening and are in the park on a regular basis. Long story short, we went to One Police Plaza, I was the only person allowed into the building as I was the one with the receipt. My fellow occupier cohorts were lucky to have stayed behind, as the NYPD took my photo using facial recognition software upon entering the building, they made copies of my ID, they radioed to officers throughout the building, “WARNING: THERE IS AN OCCUPIER ENTERING THE BUILDING.” At every turn officers commanded me to stop, then allowed me to continue on my journey, an eerie continual reminder that I was being watched and I was in the heart of the police state.

Finally I made it to the bottom of One Police Plaza and waited to meet the clerk working the Reclaim Property desk. Once I finally presented my papers, the clerk explained the computer was slow as molasses and I should expect to wait awhile. Eight minutes later the clerk looked up and asked me who the books belonged to.
“They’re everybody’s… I mean they’re mine,” I replied…. the clerk explained that the cases information had popped up! Then glared as she told me I couldn’t take the books, “since you have the invoice receipts, it suggests the books probably do belong to you, but because the officer wrote on the paperwork ‘unidentified white male’ we can’t give them to you. We just want to make sure the books go to the right person.” –Oh I understood!

“But”, I retorted, “I’ve been heavily involved with the People’s Library. It’s really easy to prove this fact…”

The clerk looked up and gave me a long stern look before further explaining, “We just want to make sure the books get to the rightful owner. This invoice suggests the books were left on the bench and that they don’t necessarily belong to anybody. Let me tell you what I’m going to do… I’m going to contact the officer that collected the books and we will send him a copy of your ID and if he indeed validates your claim, you can collect the books, okay.”

From behind the clerk I heard a loud cackle, and then a detective appeared and exclaimed in a heavy Brooklyn accent, “Like an NYPD Officer is going to remember someone’s face!”

As oddly and quickly as the detective appeared, they disappeared. The clerk acted like nothing happened, smiled and asked for my ID. I presented my ID, realizing this was the third time during the trip NYPD recorded my information. Once my information was AGAIN collected, the clerk gave me the officers contact information, suggested I too try to contact the officer, she explained the officer was from the Bron, the NYPD has been deploying officers from every Borough to watch the park, then again she gave me a long cold look as she handed me back the paperwork.

On 12/05/2011 at 10:44pm The NYPD gave a librarian the invoice for the five children’s books seized:
“AT TPO UNK MALE WHITE DID PLACE THESE BOOKS ON A PARK BENCH I/O OF ZUCOTTI PARK AND REFUSED TO PICK THEM UP. THE ABOVE ITEMS ARE BEING VOUCHERED FOR SAFEKEEPING.”

A few of our librarians were in the park that evening with a handful of books with them. By the beginning of December, the People’s Library librarians understood loud and clear that NYPD and Brookfield Security did not want to see books in the park. Two days after the park was violently raided and everything was cleared out, fifteen officers came and took away around 200 copies of books that people had brought into the park in solidarity. Every day after that, Brookfield Security and NYPD changed their story, one day they’d let us bring in carts of books, the next day they’d let us set up on the bench, the next day no books would be permitted, the next day we could put books on the tables, a vicious continuum of police state brutality. Instead of NYPD officers ever acting supportive of our attempts to give out free books, they continually used fear tactics and changed their story making it impossible for us to ever feel safe (when that is supposed to be the reason our tax payer dollars ensure they’re able to support their families). So on December 5th, a few of the OWS librarians were in the park with a small collection of books, 5 children books were on the bench that used to house The People’s Library. Officers approached a librarian and threatened arrest and the removal of the books. When the librarian backed off, the officer took the books. An hour later officers approached librarians that were in the park and delivered us the invoice to retrieve the books.

Currently I’m working on validating myself to the NYPD so I can get these books back. Either I will be validated and they’ll give me back the books or we’re going to need to gather a large crowd and go cause a big scene in front of One Police Plaza.

This is America. Books must never be imprisoned! You can watch the action on Jan. 24th, 2012 to get the books back on this livestream link.