Occupy the OccuPAST: Echoes of Dissidence in the UPS Underground Newspaper Collection (pt. 4 of 4)

Today we have the final installment of Laurie Charnigo’s essay Occupy the OccuPAST: Echoes of Dissidence in the UPS Underground Newspaper Collection. Previous sections are posted here, here and here. 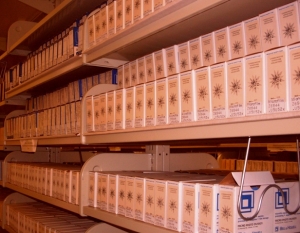 Unlike the literature of Occupy Wall Street, the publishers of these newspapers did not have the benefits of digitization and the Internet to preserve and disseminate their information. Many of these papers would have been lost to history if not for the leaders of the Underground Press Syndicate (UPS) who had the foresight to preserve as many of them as possible. In 1970, Tom Forcade, Head of UPS at the time, formed a deal with the Bell & Howell Company to film the underground papers. This was an ongoing project that continued until 1985. The UPS partnered with the Bell & Howell Company to microfilm hundreds of underground newspapers and newsletters. The result is the UPS Underground Newspaper Collection which, according to a catalog record in WorldCat, is currently housed in 110 (primarily academic) libraries. There have been some efforts to digitize select underground newspapers. For example, Georgia State University has recently digitized all issues of the Great Speckled Bird and made them freely accessible on the Georgia State University Library Digital Collections Web site. Likewise, Liberation News Service is in the process of making LNS packets available from the Liberation News Service Archive. The It’s About Time: Black Panther Party Legacy & Alumni Web site also provides an archive of the Black Panther Party Intercommunal News Service. All issues of The Realist, a satirical newspaper, founded by Paul Krassner, are available from The Realist Archive Project. Although, some consider the Los Angles Free Press to be the first counterculture paper, many include The Realist which predates them all, having been founded in 1958. The Ann Arbor District Library has digitized all issues of the Ann Arbor Sun, from 1967-1976, on their Free John Sinclair Web site. The Sun was founded by John Sinclair. Also available on this Web site are some really cool photos and audio recordings. 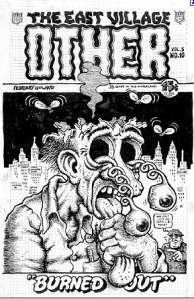 On February 28th at 6:30 p.m. at 20 Cooper Square, N.Y.U.’s Program in Museum Studies and Fales Library and Special Collections at Bobst Library will be sponsoring an exhibit on the East Village Other titled “It’s Happening: “Blowing Minds” a Celebration of the East Village Other.” Although not freely available, libraries should consider purchasing the CD-ROM digital re-creation of The San Francisco Oracle which provides access to all twelve issues published. Although the Oracle is included in the UPS Underground Newspaper Collection on microfilm, the CD-ROM version provides access to the paper in color. Viewing the Oracle in black and white is like looking at a rainbow without color. Many terrific books have been written about the underground press. Click here for a “Free Handout” which provides a bibliography on such books, including authors cited in this essay, as well as two excellent recently-published titles; Smoking Typewriters: The Sixties Underground Press and the Rise of Alternative Media in America by John McMillian and Sean Stewart’s On the Ground: An Illustrated Anecdotal History of the Sixties Underground Press in the U.S.

An interesting thought to end this entry on the UPS Underground Newspaper Collection is that, while scholars today are able to access many articles and newspapers online through databases and on the Web, the hundreds of papers which are not there still exist and only exist because of Thomas King Forcade’s efforts to have them microfilmed. Vendors, aggregated databases, and giant publishing conglomerates dictate what scholars and students are able to instantly access today. Because there is not enough demand for the UPS Underground Newspaper Collection (don’t confuse this with Alt-Press Watch) the vendor which holds the rights to the resource does not currently have any plans to digitize this Collection. Strangely, the very principles the underground press fought adamantly against, commercialization and allowing themselves to be co-opted, are the very reasons it has not entered the digital world. The powers that be just don’t consider the collection to have monetary potential. Perhaps it is up to us, the people, to protect and promote this collection. From their moldy, yellowed, microfilm tombs, it’s time to bring the UPS Underground Newspaper Collection back to life. Promote it. Use it. Demand it. Digitize it?